2019 Summer update on the progress of Christian Media International. The second quarter of this year has been very productive. Read this update to learn why.

It is hard to believe we are already halfway through 2019.

Christian Media International has had a phenomenal year so far and we are excited to update you on some brand new advancement we have had in the second quarter of 2019.

1) New broadcasts in Brazil- We have had many supporters come through to make it possible to air programs in the country of Brazil on a network that covers a majority of the country. We began airing there in June. We have a one year contract with RiiTV to air our programs, and we are praying for millions to hear the gospel in Portuguese.

2) New television outlet in Pakistan- In the country of Pakistan, we were airing on a smaller station that covered a segment of the country. Just last week we launched our Urdu language broadcasts on JCTV which covers the entire country of Pakistan, a portion of India, and a portion of Nepal. We have seen much fruit so far and are so excited about the expanded reach! Please pray for our Pakistani preachers as they face much persecution.

3) New television outlet in China– In the second quarter of this year we began airing on a large secular station in China by the name of Phoenix television. This gives us coverage of a majority of the country as well as Taiwan. Please pray for this country as they are hungry to hear the gospel.

4) We are going back to Asia- As many of you know we raised much of the needed funds to translate the Bible into the Lao language. It is a group of 7 million people without a solid translation of the Bible. Under much persecution, the churches in Laos are thriving and we look forward to being with them this fall as we will document the work that is being done there.

*If you or your church would like to support an entire country getting the gospel through media you can click here to learn more https://sharecmi.com/compassion/ 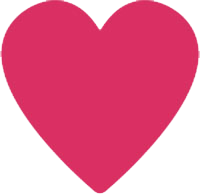